Executive Director of IT Reform, and Deputy Government CIO at Cabinet Office at 10 Downing Street 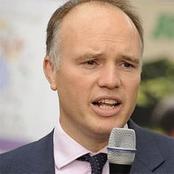 Liam Maxwell was appointed the Deputy Government Chief Information Officer (CIO) in April 2012 while continuing his role as the Director of ICT Futures at the Cabinet Office. Among his most notable achievements are championing the increased presence of SMEs in the central government supply chain, and calling for greater use of open standards in public sector technology.

Previously, Liam was Lead Member for Policy at the Royal Borough of Windsor and Maidenhead where his brief covered IT, sustainability and the council's role as a "government lab". As well as academic roles he has a background as an IT Director in FTSE and Fortune 500 business service companies. Recent publications include "Better for Less" (2010), "It's ours, why we not the government must own our data" and "Open Source, Open Standards: Reforming IT procurement in Government" (2008).