Director at The Sainsbury Laboratory (SLCU), University of Cambridge 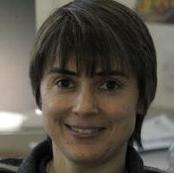 Director, Sainsbury Laboratory, and Professor of Plant Development, the University of Cambridge

Ottoline received her BA (1986) and PhD (1990) in Genetics from the University of Cambridge. After post-doctoral research at Indiana University and Cambridge, she built an independent research programme at the University of York where she worked from 1994-2010. She became Director of the Sainsbury Laboratory in 2013.

Among her honours are the Society of Experimental Biology’s President’s Medal (2000), the Royal Society Rosalind Franklin Award (2007), the International Plant Growth Substance Association’s Sliver Medal (2010), and she was appointed Commander of the Order of the British Empire in the 2009 New Years Honours list.

She is a Fellow of the Royal Society and a Member of the European Molecular Biology Organisation. She is President Elect of International Plant Molecular Biology, Chair of the Biotechnology and Biological Science Research Council Bioscience Skills and Careers Strategy Panel, and Member of the Nuffield Council on Bioethics. She is Co-Editor in Chief of Current Opinions in Plant Biology and an Editor of Development.