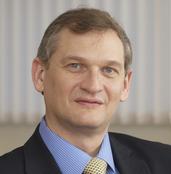 After a distinguished career in the UK civil service, Alan became a Partner and Cyber Delivery Director at Mansion House Consulting. He is now Global Head of Advanced Projects, Cybersecurity Science and Analytics at HSBC.

Alan Pratt made his initial visit as a Policy Fellow in May 2011 when he was Director of Science, Engineering and Technology at the Home Office. His role centred around protecting the public using science and technology, through providing impartial scientific and technical advice to government and the police, developing new capabilities with industry and academia, and providing direct technical support to frontline operations. He was also responsible for the regulation of forensic science and animal scientific procedures, and for the science and engineering profession with the Home Office.

Alan was then Director of Science, Engineering and Technology and Chief Security Officer at the Home Office. He was a member of the Home Office Science Advisory Committee (HOSAC), whose function is to provide the Permanent Secretary with independent advice on improving the quality of the science and research that informs strategic delivery and policy development. On this Committee he worked alongside (among others) the Chief Scientific Adviser, the Director of Social Science and Chief Economist, and Professor Chris Lowe of the Institute of Biotechnology, University of Cambridge (chair of the chemical, biological, radiological and nuclear subcommittee).

Alan is an internationally recognised expert in surveillance technology with a broad background in applied science. Having studied physics at Imperial College (1985-88), Alan joined the Home Office to develop world leading surveillance technology before becoming Deputy Director and Chief Scientist, then Director of the Home Office Scientific Development Branch (HOSDB) in 2004, and then Director of Science, Engineering and Technology in 2009. He is a Fellow and has been Vice-President of the Institute of Physics and a Chartered Physicist, and holds an MBA from the Open University (2006).

"I spent an exceptionally informative, stimulating and exhausting week in Cambridge, meeting with some of the best and most influential thinkers in a wide range of disciplines across the University, and covering three main themes: what is going on in Cambridge which is of direct relevance to the Home Office’s objectives in crime, policing and security, or which provides another lens through which to look at the issues; in promoting innovation, how can a good idea be differentiated from a poor one, and how can good ideas be taken through into practice; and the relationship between academia, govenment and industry. I came away with fresh insights into all of these, and with a valuable network of top academics to draw on in the future." (May 2011)