Director of Strategy, Policy and Customer at Valuation Office Agency 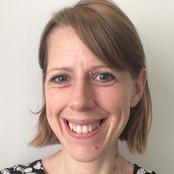 Alice Dowswell is Director of Strategy, Policy and Customer at the Valuation Office Agency.

Alice was previously Head of the What Works team in the Cabinet Office. She leads the ‘What Works’ initiative, which aims to get local and national decision-makers to generate, transmit and adopt robust evidence to inform better public spending decisions. This work involves running a Cross-Government Trial Advice Panel to support policy makers to use experimental designs and supporting the network of seven independent ‘What Works’ Centres, including NICE and the Education Endowment Foundation.

Alice moved to What Works from a Cabinet Office projects team. This role involved advising the Cabinet Secretary and Chancellor of the Duchy of Lancaster on disruptive technologies and demographic change; and, supporting policy makers and those delivering services to use the insights of horizon scanning and innovation functions to generate change. Prior to this she led a number of strategic projects in HM Revenue and Customs, including a strategic review of the whole tax system and developing a strategy for offshore evasion. She has also worked at the Treasury and led operational teams at the UK Border. She holds a first class degree in German and Portuguese from King’s College, London and an MBA from EADA, Barcelona.