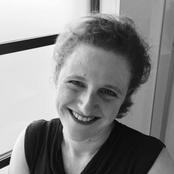 Alisa spent 13 years at the forefront of building the impact investing market place. For eight years she led communications for Social Finance, a UK nonprofit start-up, taking the organisation from an unknown name to one of the most recognised international brands in the impact investment industry. In this role, she developed and executed communication campaigns to promote new global approaches to domestic violence, reoffending, homelessness and youth unemployment. Social Finance’s work has been widely reported in the global media including the Economist, New York Times, Wall Street Journal, Forbes, BBC, Le Monde and FT among others.

Alisa was also the Head of Communications for The Portland Trust, whose mission is to promote peace and stability between Israelis and Palestinians through economic development. She launched and edited the monthly Palestinian Economic Bulletin between 2006-2009 and oversaw the Economics and Peacemaking series. She spent more than six years as the Head of Press and Public Affairs at the British Embassy Tel Aviv (1999-2005) and two years as Foreign Spokesperson at Yad Vashem, the Holocaust Remembrance Authority.

Alisa is a senior advisor to Atalanta, a mission-driven firm with extensive advocacy, campaigning and strategic communications expertise.

She holds a BA in French and Spanish Literature from the Hebrew University. She was a Policy Fellow at the Centre for Science and Policy, University of Cambridge between 2017-2019.