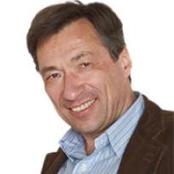 Alvis Brazma is a Senior Team Leader in Functional Genomics at the European Bioinformatics Institute Cambridge. His role involves overseeing the development of several major projects, including the Gene Expression Atlas, ArrayExpress, and the BioStudies Database. He is particularly interested in how patterns in gene and protein expression can be identified and pinpointed using integrative data analysis.

Alvis holds a PhD from Moscow State University. He was a lecturer at the University of Latvia, and a Visiting Researcher at the University of Helsinki, before joining the Institute in 1997. His research has been published in a variety of journals, including Public Library of Science, the International Journal of Cancer, and Nucleic Acids Research.