Professor at Institute of Astronomy, University of Cambridge 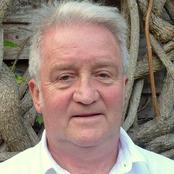 Professor Andrew Fabian OBE FRS is a Professor in the Institute of Astronomy at the University of Cambridge, where he leads the Insitute's X-Ray research group. The group's research focuses on active galaxies, clusters of galaxies, elliptical galaxies, galactic black holes, neutron stars and the X-ray background. He is one of two UK members on ESA's Athena Science Study Team and Chair of the Science Advisory Committee for the Japanese mission ASTRO-H. He has previously held the role of Director of the Institute of Astronomy.

Before becoming its Director, Professor Fabian was a Royal Society Research Professor in the Institute of Astronomy. Between 2008 and 2013 he was President of the Royal Astronomical Society, and from 1997 to 2012 he was Vice-Master of Darwin College, Cambridge.

He was made a Fellow of the Royal Society in 1996, he was awarded the American Astronomical Society's Bruno Rossi Prize in 2001, and he was appointed an OBE in 2006.