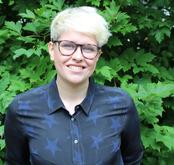 Anna Bailey-Bearfield is Autism Policy Lead at the Department of Health and Social Care. Prior to this she was Policy and Public Affairs Manager at the National Autistic Society where she led a team that focused on transforming the lives of the 700,000 autistic people living across the UK.

Anna works on tackling the issues autistic people face in a number of areas, including health and social care, education and employment. Her personal expertise lies in mental health, health and social care policy, having previously worked in health care charities, including the Alzheimer’s Society and MS Society. Anna was also the Chair of the Care and Support Alliance, which is an alliance of over 75 charities campaigning for social care reform, which helped to deliver increased short-term Government investment in the system.

In her current role, Anna is working to influence the development of the Government’s national autism strategy, as well as the NHS Long Term Plan’s clinical priority on autism. She also holds the secretariat of the All Party Parliamentary Group on Autism, which has over 200 members and is one of the largest APPGs, and campaigns to raise autism as a key issue in Parliament.