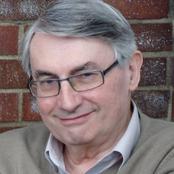 His principal current research is a longitudinal study of about 100 persistent young adult male offenders, analysing the extent to which they begin to desist from crime over a 3-4 year period. The fieldwork is completed and the research is now being written up for publication.

Professor Bottoms read law as an undergraduate at Oxford, and then studied on the first ever full-time postgraduate course in criminology in the UK at Cambridge. After a short period as a probation officer, he returned to Cambridge as a research assistant to F. H. McClintock in a study focused on institutional training for young adult males. In 1968 he moved to the Faculty of Law at Sheffield University, and he returned to Cambridge as Wolfson Professor of Criminology (a post he held until 2006) and as Director of the Institute of Criminology (1984-1998).

He has acted as an adviser to several official bodies: he was a member of the Home Office's Research and Advisory Group on the Long-term Prison System from 1984 to 1990, and he has on three occasions acted as a Specialist Adviser to the House of Commons Northern Ireland Affairs Committee for its inquiries on prison-related matters (1998; 2003-4; 2007). In Scotland, he was appointed by the Scottish Government to write a report on the structure and content of criminological research in that country, and this report led directly to the establishment in 2005 of the inter-university Scottish Centre for Crime and Justice Research.