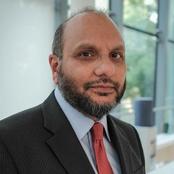 Atif Imtiaz is the Academic Director at the Cambridge Muslim College. He has a PhD in Social Psychology from the London School of Economics on ‘Identity and the Politics of Representation: The Case of Muslim Youth in Bradford’. He has worked as an Equality and Diversity manager at NHS Bradford and Airedale, advised Bradford Council on integration and advised the British government on deradicalisation. He has also published a book on British Muslims called Wandering Lonely in a Crowd.