Lecturer in Experimental Criminology at Institute of Criminology, University of Cambridge 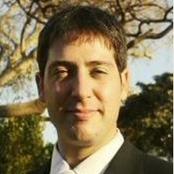 Dr Barak Ariel is a Lecturer in Experimental Criminology in the Institute of Criminology at Cambridge University. Dr Ariel is involved in evaluation research projects with a large number of criminal justice agencies around the world, specifically on crime and place, technology and gangs. He is an advisor to several governments and police departments, including a UK Cross-Whitehall Trial Advice Panel, Uruguay Police and several forces in England and Wales.

He recently completed experiments in England and Wales on hotspots policing, across 5 forces and 15 tests. He has gained expertise in the area of GIP, harm spots, tracking implementation of patrols with GPS, displacement, receptivity to hotspots policing by frontline officers, and cost-benefit assessments of hotspots patrols. He has also recently completed an RCT with Stockholm Prize Winner Professor David Weisburd and Dr Alex Sutherland of RAND Europe on quality-of-life hotspots in Israel, which is the largest study in this area to date, encompassing nearly 500 hotspots nationwide.

Dr Ariel is extensively involved in research on body-worn-cameras (BWCs) around the globe and is recognized as the leading researcher on the use of BWCs in police operations (The Atlantic 2014; Wall Street Journal, 2013), with nearly 30 research projects on BWCs, including England and Wales, Uruguay, the Netherlands, Northern Ireland, Trinidad and Tobago, and Israel. With Rialto Police Department, he conducted the first randomized controlled trial on the use of BWCs (Ariel, Farrar and Sutherland 2014), which has led to a citation in a federal case against the New York City Police Department. Dr Ariel has designed a unique program for the introduction, implementation and assessment of BWCs inputs, outputs and outcomes and has been providing training on these issues around the globe, to academics as well as practitioners.