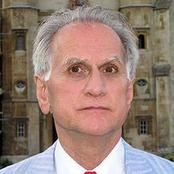 Professor Béla Bollobás FRS is the Jabie Hardin Chair of Excellence in Combinatorics at the University of Memphis, and a Fellow at Trinity College, Cambridge. Professor Bollobás is one of the world's leading mathematicians in combinatorics. He has a huge published output, which includes major contributions to many different branches of this very large area, such as random graphs, percolation, extremal graphs and set systems, isoperimetric inequalities. His main area of research is combinatorics, particularly in graph theory. The two areas that interest him most are extremal graph theory and random graph theory.

Professor Bollobás is an External Member of the Hungarian Academy of Sciences; in 2007 he was awarded the Senior Whitehead Prize by the London Mathematical Society, and in 2011 he was elected a Fellow of the Royal Society for his major contributions to many different areas of mathematics within the broad field of combinatorics