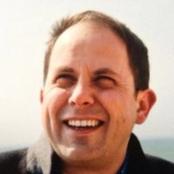 Regional Director for the East of England, National Trust

Responsible for all aspects of the Trust's work in the East of England region (Herts, Cambs, Essex, Beds, Norfolk, Suffolk), looking after properties that include Wimpole Hall, Ickworth, Blickling, Anglesey Abbey, Wicken Fen, Orford Ness and many other sites. His previous role at the National Trust was as Deputy Director, External Affairs, responsible for the Trust’s positions on public policy issues and its relations with Government and other organisations.

Prior to joining the National Trust, Dr Cowell spent a decade as a civil servant at the Department for Culture, Media and Sport, working on issues ranging from sport to broadcasting to museums. In 2003-2005 he also undertook a secondment to English Heritage eas their first Head of Social and Economic Research, responsible for producing the Heritage Counts report. His first professional role was as archivist and researcher for the National Trust at Hardwick Hall, Derbyshire, a post he undertook while completing a PhD on 18th- and 19th-century landscape parks and gardens at the University of Nottingham in 1997/8. His first degree was in History at the University of East Anglia.

In addition to his National Trust work, Dr Cowell is Deputy Chair and Trustee of The Heritage Alliance, the organisation that represents independent heritage bodies. He is a Fellow of the Royal Society of Arts and of the Society of Antiquaries. He has published widely on historical and heritage-related themes, including a history of the heritage movement, 'The Heritage Obsession: The Battle for England’s Past' (Tempus, 2008), a biography of the Georgian writer on landscape 'Uvedale Price: Decoding the Picturesque' (with Charles Watkins, 2012) and a biography of one of the founders of the National Trust, Sir Robert Hunter (Pitkin, 2013).