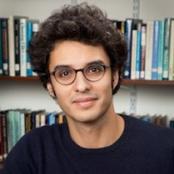 Bernardo Zacka is a Junior Research Fellow at Christ's College, Cambridge. His work examines the everyday moral life of the frontline public workers, or “street-level bureaucrats”, who serve as intermediaries between citizens and the state. It touches on questions of moral personality, ethical decision-making, and individual responsibility in bureaucratic organizations.

Bernardo was trained as an electrical engineer and computer scientist at MIT, and went on to pursue a doctorate in political theory at Harvard. His research interests include contemporary normative political theory, political anthropology, organization theory, theories of architecture and space, and 20-th century European political thought.