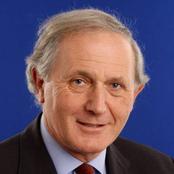 After training in medicine at Cambridge and St Thomas’ he spent 6 years in NHS hospital posts before a PhD in molecular biology at ICRF and training in Oncology at Harvard. The tools of molecular genetics were then becoming available. He set up the first UK clinics for families with multiple cases of cancer, and combined the care of these families with the search for the underlying genes and the processes they control. He chaired the International Consortium that led to the finding of the BRCA genes, and his laboratory was the first to identify, in breast cancer, the common genetic variants that are now proposed for risk prediction across the population.

He accepted the Chair of Oncology in Cambridge in 1995. He saw the opportunity to bring together the spectrum of excellent science in Cambridge, and to link this to a stable and accessible regional population, to tackle the problems of cancer. With NHS colleagues, he set up a regional cancer network before these were official policy. He was the founding Director of the Strangeways Laboratory for Genetic Epidemiology, of the Cancer Research UK Cambridge Institute, and of the CRUK Cambridge Cancer Centre – each now recognised as a leader in the UK and internationally. The Cancer Centre has a particular emphasis on earlier detection of cancer, now also a CRUK and government priority.

The challenges in this 20 year project were many. The ‘no mans land’ of translational research between the NHS clinics and the research laboratories, which everyone said we should occupy but which was nobody’s responsibility to fund. The career paths and protected time of clinicians engaging in research. How to build the resources and pathways to the clinic that would remove the obstacles for non clinical scientists to try out their ideas. Much progress has been made, notably by the NIHR and Biomedical Research Centres; but these remain live issues.