at House of Lords 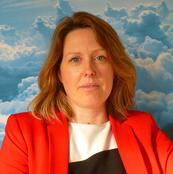 Baroness Bryony Worthington is the UK Labour Party's Shadow Minister on Energy & Climate Change. An experienced climate campaigner who has worked for Friends of the Earth, Wildlife and Countryside Link, in government, and in the energy sector for SSE. Bryony was a key member of the team that campaigned for and drafted the UK's world-leading Climate Change Act, setting legally binding targets to largely decarbonise the UK by 2050.

Bryony is the founder of Sandbag, an NGO focused on research & campaigning for effective climate policies, with a particular focus on the European Union Emissions Trading Scheme. She is also an active patron of the Alvin Weinberg Foundation, advocating next-generation nuclear power.