at London School of Economics 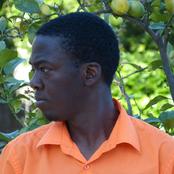 Charles is currently part of LSE’s team working on the Gates funded African Health Systems and Policies Platform (AHSPP) hosted by the WHO’s African Health Observatory. The project is a joint partnership led by the African Health Observatory together with national research partners and supported by a technical consortium including the European Observatory on Health Systems and Policies and LSE. Through cross-country knowledge brokering and dissemination, the Platform aims to facilitate evidence-informed policy-making to strengthen health systems in the African region.

Charles’ previous research has focused on drug development for neglected tropical diseases, most notably African sleeping sickness. Prior to joining LSE, Charles has worked at the intersection of research and policy, focusing on mainstreaming health into sustainable development topics such as climate change and urbanisation. As Science Officer at the International Council for Science, Charles Ebikeme oversaw a suite of science programmes on a diverse range of issues such as urbanisation, health, and sustainability. Charles provided scientific advice to UN processes as well as convening scientists around the biggest research challenges of the 21st century.

In a previous role, Charles worked at UNESCO for the International Social Science Council on early career scientist capacity development projects as well as redeveloping and revolutionizing the organisation's communications platform. Charles brought together early career social and natural scientists on topics ranging from food security to ecosystem services, creating a long-lasting group of networked researchers working together and using their talents in the international science policy arena.

He has degrees in Biochemistry from University College London, a Masters in Infectious Diseases from the London School of Hygiene and Tropical Medicine, and a PhD from the University of Glasgow. Charles also worked as a researcher at the Université Bordeaux II in France.