Labour PPC for Plymouth Moor View at The Labour Party 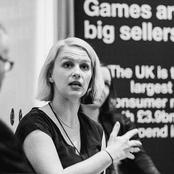 Charlotte Holloway was previously Head of Tech and Society at the Royal Society for the encouragement of Arts, Manufacture and Commerce.

She was previously Policy Director at techUK, working with UK tech companies and policy-makers in to help create the conditions for a world-leading tech industry and a thriving digital economy across the UK. She was awarded Number 36 most influential woman in tech by Computer Weekly in 2017.

Charlotte is co-author of Securing our Digital Future: the techUK manifesto for Growth and Jobs 2015-2020 (September 2015), and she was seconded as Chief of Staff to leading tech angel Sherry Coutu CBE on The Scale-Up Report on UK Economic Growth (November 2015), a major independent report for Government.

Before techUK, Charlotte led on policy at the Broadband Stakeholder Group, the UK's advisory forum on broadband. Prior to that, Charlotte worked for a number of policy think tanks including the Work Foundation, where her focus was on the future of the UK's knowledge economy and the foundations for fruitful innovation policy to 2020. Charlotte worked with economist Will Hutton to establish the Big Innovation Centre, and started her time in policy at a local government think tank.

She holds an MSc in Public Policy and Philosophy from LSE and a BA in Social and Political Sciences from the University of Cambridge.