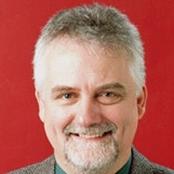 Director of the Institute for Security Science and Technology, Imperial College London

Chris Hankin is Director of the Institute for Security Science and Technology and a Professor of Computing Science. He was Deputy Principal of the Faculty of Engineering from September 2006 until October 2008. He was Pro Rector (Research) from June 2004 until September 2006. He was Dean of City and Guilds College from 2000-2003.

He is a head of the Theory Section in the Department of Computing. His research is in semantics-based program analysis and language-based computer security.