Principal Investigator at Centre for Research in the Arts Social Sciences and Humanities (CRASSH), University of Cambridge 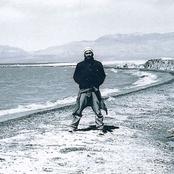 Principal Investigator, Centre for Research in the Arts, Social Sciences and Humanities, University of Cambridge

Dr Christos Lynteris received his undergraduate and postgraduate training in social anthropology at the University of St Andrews. He was awarded a PhD in Social Anthropology in 2010 for work on three epidemic crises in modern China and their impact on society and governance. After completing a monograph on Maoist medicine and Confucian ethics at the Centro Incontri Umani in Switzerland, he was awarded an Andrew Mellon & Isaac Newton Interdisciplinary Research Fellowship at CRASSH. His research on marmot hunting on the Russian-Chinese border and the social ecology of plague in the region has led to several peer reviewed articles and a new monograph titled "Ethnographic Plague: Configuring Disease on the Chinese-Russian Frontier" (Palgrave Macmillan, 2016).

As the Principal Investigator of the ERC-funded 5-year project Visual Representations of the Third Plague Pandemic, Dr Lynteris is researching plague photography on a regional and global scale.

His work investigates visual representations of outbreaks in China between 1855 and 1959, with a particular focus on the Hong Kong bubonic plague outbreak of 1894 and the Manchurian pneumonic plague outbreak in 1910-11. In comparing the two, his research focuses on the entanglement of visualisation strategies and biopolitical and geopolitical aspects of the epidemics. Of particular interest is the depiction of Chinese migrant workers (so-called "coolies") as carriers of disease, and the representation of "coolie" urban environment and housing as an imagined source of infection.

On a global scale Dr Lynteris' research engages in a comparative analysis, focusing on regimes of visibility and invisibility of plague. The work focuses on the inter-constitution of epistemological and ethical questions and strategies pertaining to how the causes and effects of plague are made visual. Key to the study, is the exploration of the implications of this complex nexus of symbolic and performative practices on ways in which we today visualise epidemics such as Ebola and bird flu.