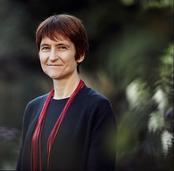 Claire is currently the Provost at Queen's College Oxford. Previously, she was director of Science Policy at the Royal Society, a role that covers both science and education policy. She previously led the Government Office for Science which supports the Government’s Chief Scientific Advisor (GCSA), Sir Mark Walport. The GCSA’s role is to provide science and engineering advice direct to the Prime Minister and the Cabinet; to enhance the capacity to create, and use, science and engineering evidence across government departments.

Claire originally joined the Civil Service to run Foresight, a programme of science-based strategic futures projects, covering from flood risk to cognitive enhancers. While at Foresight, she was awarded a CBE for her work, and became a Faculty member of the World Economic Forum at Davos. Later she joined the Prime Minister's Delivery Unit, where she worked on the Capability Reviews of the Ministry of Defence and Cabinet Office; and became Director of strategy at the Office of Fair Trading and the Department of Trade and Industry.

Her earlier experiences mixed science, strategy and business, as they included strategy consultancy for energy, and financial service companies at McKinsey & Co, and running the Environment Group at the Confederation of British Industry.

Claire has a lifelong interest in science and learning. In her home town of Bristol she helped launch “At-Bristol”, a Millennium Commission-funded hands-on science centre and leisure destination. At different times she has been a Governor or Fellow at the University of the West of England, Newnham College, Cambridge, an FE College and a Special Educational Needs School in Hackney; and an NED on the board of a science-based business. Her first degree was in physics and she did a stint of post-Doctoral work in geophysics at the University of Texas at Austin. She loved Texas.

Claire has written the following books: 'How does government listen to scientists?' and 'Storylistening: Narrative, Evidence and Public Reasoning'.

To read about Claire's experience as a Policy Fellow in Cambridge see here.