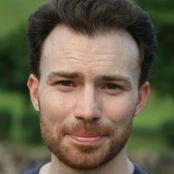 Dr Colin Russel, is a Principal Research Associate and Royal Society University Research Fellow in the Department of Veterinary Medicine at the University of Cambridge. His research focuses on the interface between infectious disease evolution and epidemiology.

He is particularly interested in how processes operating at different evolutionary and epidemiological scales act in concert to give rise to patterns in disease population dynamics. The majority of his work focuses on influenza viruses due to the wealth of available data, the breadth of unanswered fundamental questions, and the opportunity for major public health impact.