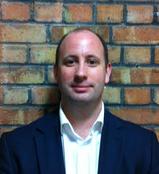 Daniel Hook is CEO of Digital Science, a technology company creating the infrastructure that supports the global research ecosystem of the future.
Daniel co-founded Symplectic, a research information management software provider, while studying for his PhD in theoretical physics at Imperial College London in 2003. Symplectic received investment from Digital Science in 2010. In 2013, Daniel became Director of Research Metrics at Digital Science and, shortly after, took up the role of COO of Figshare. In 2015, he was invited to lead Digital Science. In the last few years, Daniel has focused on bringing Digital Science’s companies together and investing in new start-ups that help the research community achieve more.
Daniel continues to be an active academic researcher and holds a visiting academic position in the Centre for Complexity Science at Imperial College London and a Visiting Professorship in the Department of Physics at Washington University in St Louis. He has written more than 50 academic and policy papers and has co-authored a book on Quantum Theory. Daniel is a Fellow of the Institute of Physics and of the Royal Society of Arts, sits on the ORCID board.