Director of Strategic Change and Planning at Oxford Brookes University 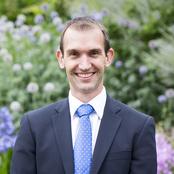 David is Director of Strategy and External Affairs at Royal Botanic Gardens, Kew. In this role, he is responsible for having developed and now overseeing the implementation of their five year strategy ‘Unlocking Why Plants and Fungi Matter’, as well as leading on stakeholder relationships and governance. He joined Kew in 2013.

David’s role at Kew involves building the profile of Kew amongst key governmental and non-governmental stakeholders and opinion-formers. His aim is to ensure Kew is seen as a global plant and fungal science and conservation organisation, which engages the public with the importance of plants and fungi.

Before joining Kew, David worked in various roles at the Department of Environment, Food and Rural Affairs (Defra) and the Home Office. Prior to that, he was an active scientist, researching the population dynamics of various animal species, with a view to understanding more about conservation and pest control.

David is a keen amateur sportsman and is passionate about the positive impact sports participation can have on wellbeing and social cohesion as well as gender equality in sports.