Emeritus Professor of Psychological Criminology at Institute of Criminology, University of Cambridge 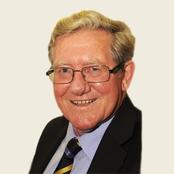 Professor David Farrington OBE is Emeritus Professor of Psychological Criminology in the Institute of Criminology at the University of Cambridge. His major research interest is in developmental and life-course criminology, longitudinal studies of criminal careers, risk-focussed prevention and evaluating the effectiveness of interventions. He is a Chartered Forensic Psychologist with over 600 published journal articles and book chapters on criminological and psychological topics, and 95 published books.