Reader in Social Science at Department of Sociology, University of Cambridge 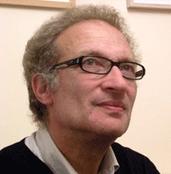 Reader in Social Science, Department of Sociology, University of Cambridge

His research began with Agrarian Reform in Chile (1968-73) and continued on similar development-related themes in Ecuador (1980-81), but then shifted towards religion, especially in Brazil, focusing first on Catholics and later on Evangelicals. In 1999 he began to do research in Israel, on religion and ethnicity, and recently has extended this theme into that of multiculturalism, He currently holds a British Academy Research Grant for a long-term study of the diffusion of multiculturalism in Latin America, which focuses on Mexico, Peru and Brazil, and he holds a grant from the Arts and Humanities Research Council to lead a Network on the subject of Secularism and the need to reappraise its conceptual and institutional underpinnings.