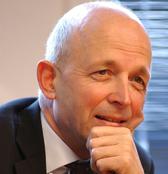 Since April 2017 Sir David Norgrove has been Chair of the UK Statistics Authority, an independent statutory body that promotes and safeguards the production and publication of official statistics that ‘serve the public good’. He is also the Deputy Chair of Oxford University Council.

Sir David has held numerous roles in government and the Civil Service. He was Deputy Chair of the Family Justice Board from 2012 to 2016, and has chaired the Family Justice Review, the Low Pay Commission, and the Pensions Regulator. For sixteen years he worked in a variety of roles at Marks and Spencer, before joining the British Museum in 2004, and the Amnesty International Charitable Trust from 2008 to 2014.