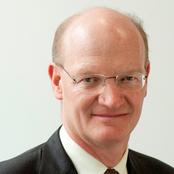 Former Minister of State for Universities and Science

David Willetts joined the Resolution Foundation as Executive Chair in June 2015. He is a Visiting Professor at King’s College London, Governor of the Ditchley Foundation and a member of the Council of the Institute for Fiscal Studies.

He was Minister for Universities and Science, attending Cabinet, from 2010-2014. He was the Member of Parliament for Havant from 1992-2015. Before that David worked at HM Treasury and the Number 10 Policy Unit. He also served as Paymaster General in the last Conservative Government.

David has written widely on economic and social policy. His most recent book ‘The Pinch’ was published by Atlantic Books in 2010.