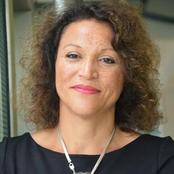 She has over 30 years experience in public services. Previous senior roles include Chief Executive of Suffolk County Council (from 2011 to 2017); the Audit Commission's Best Value Service Lead Inspector for the London region; Chief Executive for St Edmundsbury Borough Council and the East of England Development Agency; Head of Policy at Redcar and Cleveland Borough Council; and Local Government Advisor to the Ministerial Team at the Department of Environment, Transport and the Regions.

Deborah was born and raised in Birmingham and attended the University of Birmingham. She has a degree in politics and Master’s degrees in economics and management practice.

Deborah received an OBE in 2006 for services to local government. She was recently highly commended in the Chief Executive of the Year category at the Inclusive Companies Awards 2019. She is a trustee of the Joseph Rowntree Trust and Joseph Rowntree Housing Foundation, and as a dedicated and passionate female advocate at the forefront of the public sector, she recently won the First Women Award for Public Service. She is listed in Local Government Chronicle’s ‘100 Most Influential in the Sector’.