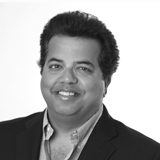 Prior to Google, Debu headed Sabre’s Corporate Development/M&A team in EMEA & in a (distant) past life was a Technology M&A Banker with Salomon Smith Barney/Citigroup in Wall Street, Silicon Valley and London.

He also sits on the Boards of Fon and Mobile Planet, and the Advisory Board of Sadara Ventures. He has a MBA from London Business School & is a qualified Chartered Accountant.