University Lecturer at Department of Clinical Neurosciences, University of Cambridge 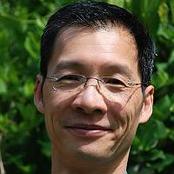 Dennis Chan is a University Lecturer and Honorary Consultant in Clinical Neurosciences at the University of Cambridge. He is the clinical academic lead for research into early Alzheimer's disease (AD). Dr Chan undertook a PhD in basic neuroscience under Nobel Laureate Professor John O’Keefe at UCL and subsequently a second research doctorate under Professor Martin Rossor, Institute of Neurology, London. His primary research interest is in identifying alterations in the functions of the entorhinal cortex (EC) and hippocampus, the first brain regions to be affected in AD, with the ultimate aim of diagnosing AD prior to symptom onset.

Cellular studies of EC and hippocampal function are undertaken in collaboration with Professor John O’Keefe at UCL. Behavioural studies of patients build on our work showing that testing of spatial memory is highly sensitive for pre-dementia AD and involve the development of novel tasks for testing spatial behaviour in across preclinical and clinical studies of AD, to create translatable markers of disease.

Dr Chan’s research is closely aligned to clinical practice and at Addenbrooke’s Hospital he runs a specialist Mild Cognitive Impairment Clinic in addition to his involvement in the Neurology-Psychiatry Memory Clinic.