Governor at Commonwealth of Massachusetts 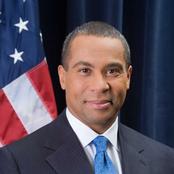 Governor of the Commonwealth of Massachusetts

Deval Patrick was elected Governor of the Commonwealth of Massachusetts in 2006, and re-elected for a second term in November 2010. His policies for growth are based on investment in education, infrastructure and innovative industries; he has recommitted the state to the improvement and expansion of the Commonwealth’s public infrastructure through investments in roads, rails and bridges, housing, broadband expansion, and public college and university campuses. Through his 10-year, $1 billion program to promote the state’s life sciences industry, the Governor has positioned the state as a global leader in biotech, bio pharmaceuticals and IT, and as a national leader in clean energy, including making Massachusetts home to the country’s first offshore wind farm.

Governor Patrick is a graduate of Harvard College, the first in his family to attend college, and of Harvard Law School. Following law school, he served as a law clerk to a federal appellate judge before joining the NAACP Legal Defense and Education Fund as a staff attorney. In 1986, he joined the Boston law firm of Hill & Barlow and was named partner in 1990, at the age of 34.

In 1994, President Clinton appointed him Assistant Attorney General for Civil Rights, the nation's top civil rights post. At the Justice Department, Patrick worked on a wide range of issues, including prosecution of hate crimes, and the enforcement of employment discrimination, fair lending and disabilities rights laws. In 1997, he was appointed the first chairperson of Texaco's Equality and Fairness Task Force where he led a company-wide effort to create a more equitable workplace environment. The Governor later served as Texaco’s Vice President and General Counsel, leading the company's global legal affairs, and as Executive Vice President, General Counsel and Corporate Secretary of the Coca-Cola Company, a member of the company's senior leadership team.

The Centre for Science and Policy was pleased to welcome Governor Patrick to the Centre's Associate Fellowship following the visit of his "Innovation Economy" delegation to Cambridge in March 2011.