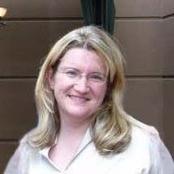 Dr D'Maris Coffman is a Senior Lecturer in Economics at University College London, and was the Director of Centre for Financial History, based at Newnham College. She was also a Leverhulme/Newton Trust Early Career Fellow in the History Faculty at the University of Cambridge, and an affiliated lecturer there. Her research interests focus on Restoration and Hanoverian public finance and political culture, especially commodity taxation and the advent of markets for debt securities in Britain. Also histories of economic thought and economic analysis, and more recently18th and 19th century agricultural commodities markets and the brewing industry.

From October 2008 through September 2013, she was the Mary Bateson Research Fellow at Newnham College. She did her undergraduate training in managerial and financial economics at The Wharton School and her MA and Ph.D. in History at the University of Pennsylvania. Her first monograph, Excise Taxation and the Origins of the Public Debt, will be available November 2013.

Dr Coffman has taught European History and World Civilizations at Franklin College (Switzerland) and British economic and social history, economic thought and the development of financial capitalism at both Cambridge and Pennsylvania. At Newnham, she directs the Centre for Financial History, which was founded in June 2009. She co-manages (with Dr Anne Murphy of the University of Hertfordshire) the European State Finance Database and manages the Corn Returns Online.