Director of Policy and Chief of Staff at The Wellcome Trust 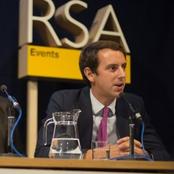 Director of Policy and Director's Chief of Staff, Wellcome Trust

Ed Whiting joined Wellcome in September 2016. He has worked in a number of Whitehall social and financial policy departments during his civil service career, including HM Treasury's financial stability team during the 2008-09 financial crisis. He was most recently at 10 Downing Street as Deputy Principal Private Secretary to the Prime Minister, leading on public services.

In addition to his civil service career, in 2011-12 Ed set up and ran a small arts crowdfunding website. In 2012-13 he was an elected member of the RSA's Fellowship Council. He was awarded an OBE for public service and services to 10 Downing Street in the June 2016 Queen's Birthday Honours list.