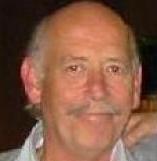 Professor Johnson joined Wolfson as a Senior Research Fellow in 1981 after five years lecturing overseas: Iran then Thailand for the British Council. With a linguistics background and two formative years ocean sailing ‘before the mast’ in the 1960s, he had been commissioned to design the standard grammar for SeaSpeak, the international maritime VHF radio language. This was adopted internationally and received the English Speaking Union’s prize in 1983.

He has since directed an uninterrupted programme of research from which there have been several real world applications. Examples include: Linitext - the first controlled language interactive machine translation system; air traffic control language (with Fiona Robertson at Air France); bilingual police and emergency communications for the Channel Tunnel (PoliceSpeak and Intacom) and, with David Matthews, the world’s first (and still operational) multilingual, email system 'LinguaNet’ which won the UK National Language Technology Prize (DTI) in 1999. The same year Professor Johnson was appointed Visiting Professor in Language Engineering at the Copenhagen Business School.