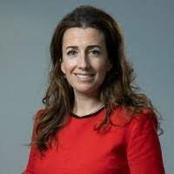 Former Special Adviser to the Secretary of State, Department for Business, Innovation and Skills

Emily Wakch is Corporate Affairs Director at the Investment Association (IA) and a member of the IA Executive Committee. The IA represents the UK investment management industry and its 250+ members manage over £7.7 trillion of assets on behalf of UK and overseas clients.

In her role, Emily has overall responsibility for helping to protect, enhance and promote the reputation of the industry by managing the IA’s UK, EU and international advocacy, as well as communications and consumer insight. Her team won 6 industry awards in 2019 and another in 2020 including PRCA team of the year in 2019 and 2020 and the highly coveted PR week campaign of the year in 2019 for ‘shaping Britain’s boardrooms’.

Prior to joining the IA in 2017, Emily spent just under 4 years as Special Adviser to Sir Vince Cable, the Secretary of State for Business, Innovation and Skills during the Coalition Government. She was also Executive Director of External Affairs for the British Bankers’ Association (now UK Finance).