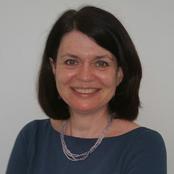 Emma Hennessey was previously Deputy Head of US, Canada and Caribbean Department in the Foreign and Commonwealth Office (FCO). Prior to that, Emma was Acting Head of the Global Economic Issues Department and Deputy Chief Scientific Adviser at the FCO. She was also Head of the FCO/BEIS-funded Science and Innovation Network, providing leadership to the network of around 100 officers in over 50 countries worldwide to ensure they support, and build upon, the UK’s international science and innovation priorities. She was responsible for supporting FCO’s Chief Scientific Adviser, including embedding the use of international science and innovation as a source of UK soft power and for science communications. She managed the FCO’s Illegal Wildlife Trade Team, part of a cross-Government team that delivered a major international Illegal Wildlife Trade conference in October 2018.

Earlier in her career, Emma was head of the CSA’s team in Defra (2009-14), having joined Defra’s predecessor MAFF in 1994. Overall she has over 20 years of experience of working in science and science policy in government. Prior to that, she did postdoctoral research fellowships at the Universities of York and Sussex, and a DPhil in Biology from the University of York. She is a Member of the Royal Society of Biology, and a Chartered Scientist.