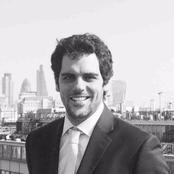 Enrique Cadenas is Senior Strategy Advisor on HM Courts & Tribunal Services (HMCTS). His role involves leading on the development of the UK Courts & Tribunals overall strategy as well as on specific strategic priorities. As HMCTS delivers on one of the most ambitious justice reform programmes ever attempted, his main focus is on the development of the post reform strategic plan and priorities and the department’s transparency agenda. His portfolio of strategic work also includes constitutional reform; legislation; data governance and sharing; access to justice; AI & ethics; lawtech and innovation; sustainability; organisational performance and international strategy. During the first wave of Covid, Enrique was seconded to provide strategic support to the HMCTS Gold Command in charge of coordinating the justice system’s response to the pandemic.

Previously Enrique worked as Head of Social Impact Investment and Innovation at the UK Ministry of Justice (MoJ) where he led on the department’s work on social impact investment (social impact bonds) to promote the rehabilitation of offenders with a specific focus on female and youth offenders. In this role he also led on the development and start up of the MoJ’s flagship “Data First” programme aimed at improving administrative data linking and sharing to inform evidence-based policymaking.

Before joining the civil service, Enrique developed his career in the legal profession working as a lawyer in Latin America and the UK and also in academia, as assistant professor of law and executive director in one of Latin America’s top law schools.

Enrique obtained his legal degree from Universidad Austral (Buenos Aires, Argentina) where he was awarded the university’s ‘Human Values Award’. He was admitted to practice in Argentina in 2011. Enrique was later awarded with a Fulbright Scholarship (declined) and Chevening Scholarships. As a Chevening Scholar, he completed an MSc in Public Policy & Administration at the London School of Economics (LSE) where he focused his research on the use of behavioural sciences to inform policy and regulation.