Environment Correspondent at The Guardian 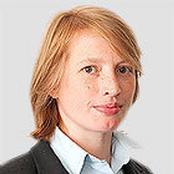 Environment Correspondent at The Guardian

Fiona Harvey is an award-winning journalist who has covered the environment since 2004, at the Financial Times and subsequently for the Guardian newspaper. She has written extensively on every environmental issue, from air pollution and biodiversity to ocean plastic and climate change. Her assignments have taken her as far afield as the Arctic and the Amazon, and she has attended almost every UNFCCC Cop since 2004, including reporting live from the 2015 Paris conference. The long list of major world figures she has interviewed includes Antonio Guterres, Ban Ki-moon, Tony Blair, Jose Manuel Barroso, Noam Chomsky, Mikhail Gorbachev and Sir David Attenborough. Among numerous awards and recognitions, she has twice won the Foreign Press Association award for Environment Story of the Year, the British Environment and Media Awards journalist of the year, and in 2020 she was named in the Woman’s Hour Power List of 30 top UK women, focusing on Our Planet.