Head of Communications and External Relations at University Alliance 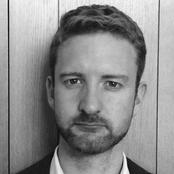 University Alliance’s member institutions seek to make a difference through high quality teaching and learning, research with impact, engagement with industry and professions and combining local roots with global connections.

As well as championing the strengths of its members, the organisation provides thought leadership on the role and future of higher education, communicating research; shaping policy and engaging extensively with stakeholders across Whitehall and Westminster and beyond.

Between 2011 and 2015 Gabriel worked as the opposition equivalent of a Special Adviser to Chuka Umunna, Shadow Secretary of State for Business, Innovation and Skills. In this role he led on press and communications for the Shadow BIS ministerial team; including universities, business, consumer, science and industry policy.

Gabriel played a key role in a series of high-profile campaigns, including the potential merger of AstraZeneca and Pfizer; the privatisation of Royal Mail; and Small Business Saturday. He was also responsible for using Parliament’s scrutiny function to hold the government to account on all aspects of BIS policy, including through written and oral parliamentary questions, parliamentary debates and amending government legislation in the Lords and Commons.

Gabriel worked extensively on the policy development process as part of Labour’s policy review, leading research projects and contributing extensively to published policy papers. In the run up to the May 2015 General Election he worked with the Institute for Government, and as part of the Access Talks with the civil service, alongside other shadow ministerial teams preparing a detailed government programme and planning for its delivery.

Gabriel holds a degree in History from the University of Cambridge.

To read about Gabriel's experience as a Policy Fellow in Cambridge see here.