Paul Mellon Professor of American History at Faculty of History, University of Cambridge 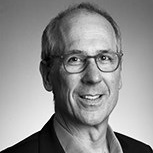 Gary holds a PhD and MA from Harvard University, and a BA from Brown University. He has published numerous books on the subject of American history, including Liberty and Coercion: The Paradox of American Government from the Founding to the Present, which received the 2016 Hawley Prize and has a Spanish translation due to be published in 2017, and American Crucible: Race and Nation in the Twentieth Century which is being republished in 2017 with a new chapter on "Race and Nation in the Age of Obama".

Gary is a Fellow of the Royal Historical Society, a member of the editorial boards of several journals including Journal of American Ethnic History, and has carried out consultancy and commentator work for media including BBC Radio 4 and New Statesman. He has recently carried out advisory work for the Smithsonian Institution on their latest exhibition "Many Voices, One Nation", which looks at the history of immigration to the US, and has contributed the Foreword to a new book that will be published with the exhibition.