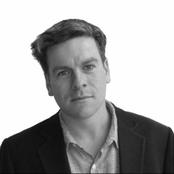 Gavin Kelly is the Chair of the Resolution Foundation – a think-tank that works to improve the living standards of those in Britain on low to middle incomes – having previously been Chief Executive from 2010 to 2015.

He is a leading media commentator on economics and public policy, writing for the Guardian, FT and other outlets as well as being a regular blogger for the New Statesman. He covers a wide range of issues spanning economic policy, low pay, welfare reform, public services and social mobility.

Gavin sits on the advisory board of a number of organisations including The Washington Centre for Equitable Growth, Policy Bristol, and SPERI at the University of Sheffield. He is also Chair of the Living Wage Commission, Chair of the Timewise Innovation Unit for Flexible Work and board member of Political Quarterly and Prospect magazine.

Gavin joined the Foundation from No 10 Downing Street, where he worked as Deputy Chief of Staff to Gordon Brown. He spent over a decade in Whitehall and was a member of the Council of Economic Advisors at HMT, the Senior Advisor to the Secretary of State at the Department for Education and the Department for Communities and Local Government, Deputy Head of the Prime Minister’s Strategy Unit and a member of the No 10 Policy Unit.

Before working in government he taught economics and politics at the University of Sheffield where he received his doctorate.