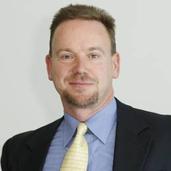 From 2004-2011 he was the first Chief Executive of the Young Foundation, which became a leading centre for social innovation, combining research, creation of new ventures and practical projects. Between 1997 and 2004 he had various roles in the UK government including director of the Government's Strategy Unit and head of policy in the Prime Minister's office under Tony Blair. Before that he was the founder and director of the think-tank Demos. He has also been Chief Adviser to Gordon Brown MP; a lecturer in telecommunications; an investment executive; and a reporter on BBC TV and radio.

He is an adviser to many governments around the world. From 2013-16, under Mayor Boris Johnson, he was co-chair of the London Enterprise Panel committee responsible for science and technology in London. He has been a board member of many organisations including the Work Foundation, Big Society Capital, the Health Innovation Council, Political Quarterly, the Design Council, Atomium Culture, and Involve. He has been a visiting professor at LSE, UCL, Melbourne University and a regular lecturer at the China Executive Leadership Academy. From 2015-2018 Geoff was a senior visiting scholar at Harvard University, in the Ash Center at the Kennedy School.

Geoff helped found many organisations including Demos, the Young Foundation, the Social Innovation Exchange (SIX), Uprising, Studio Schools Trust, Action for Happiness, the Alliance for Useful Evidence, the Australia Centre for Social Innovation and Nesta Italia. He has co-chaired a World Economic Forum group looking at innovation and entrepreneurship in the fourth industrial revolution. He has advised many governments, chairs an international advisory committee for the Mayor of Seoul and sits on advisory committees for the Prime Minister’s office in the United Arab Emirates, the Scottish Government and SITRA, the Finnish innovation agency. He will be a World Economic Forum Schwab Fellow from 2019-22, and a fellow of Demos Helsinki.

Geoff's books include: Social Innovation: how societies find the power to change (Policy Press, 2019); Big Mind: how collective intelligence can change our world (Princeton University Press, 2017); The Locust and the Bee: predators and creators in capitalism’s future (Princeton University Press, 2013); The Art of Public Strategy (Oxford University Press, 2009); Good and Bad Power: the ideals and betrayals of government (Penguin 2006); and Connexity: how to live in a connected world (Harvard Business Press and Jonathon Cape, 1998). Geoff has given TED talks on the future economy, happiness and education. His Twitter handle is @geoffmulgan and a summary of ideas he has worked on can be found here. His website is geoffmulgan.com. Geoff was knighted in 2020 for services to the creative economy.