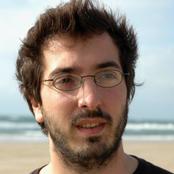 Dr George Danezis is a Reader in Security and Privacy Engineering in the Department of Computer Science at UCL. His key interests relate to the areas of computer security, privacy, and in particular anonymous communications, traffic analysis, statistical inference, and peer-to-peer security. He works closely with Cedric Fournet, Markulf Kohlweiss, Andy Gordon and Moritz Becker.

He began his career in computer science at the University of Cambridge, completing his PhD at the Computer Laboratory under the supervision of Professor Ross Anderson in 2004. He remained at Cambridge as a Research Associate in the Security Group working with Claudia Diaz on anonymous communications, peer-to-peer networks and censorship resistance.

In 2005 Dr Danezis took up the role of visiting fellow in Professor Bart Preneel's COSIC group at K.U.Leuven, Belgium; before returning to Cambridge in 2007 as a post-graduate researcher at Microsoft Research Cambridge, becoming a Researcher in 2009.