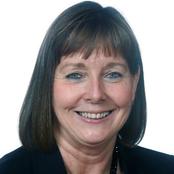 Gillian Beasley - a solicitor by profession - was appointed Chief Executive of Cambridgeshire County Council in 2015 and retired in 2021. She was also Chief Executive of Peterborough City Council, a role she held since 2002, making hers the first shared role for two principal Councils in the country. As Chief Executive, Gillian was the principal policy adviser to the 61 County Councillors and the statutory Head of Paid Service, accountable for the Council's half-billion pound budget and for the work of around 10,000 employees across the Council and Cambridgeshire schools.

During her career Gillian advised government on children’s law, migration impacts, government housing and cohesion, and has served on various commissions in this regard. She also led on a complex child sexual exploitation case in Peterborough, which helped inform and shape local government practice in this area. She was Chair of a national charity, UNITAS, which helps young people access and progress in mainstream education and training through involvement with the arts.

Gillian received an OBE in the Queen's New Year’s Honours list in 2009 for services to local government. She also holds an Honorary Doctorate in Business Administration from Anglia Ruskin University and is a Fellow of the Royal Society of Arts.