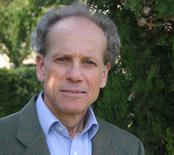 Glenn Sujo has gained wide recognition as a visual artist, educator, author and curator with an interest in the expressive, analytical, symbolic and imaginative tools of drawing. Having complete formal studies in fine art and the history of art at the Slade School of Art (Dip FA) and Courtauld Institute of Art (MA, PhD), both aspects of his work have continued to develop in tandem. Sujo has taught extensively in colleges and universities in Britain, USA and Israel. In 2010, he was awarded a Wingate post‐doctoral Research Fellowship at the Courtauld Institute of Art and in 2013‐14 was the G. F. Watts Associate Artist at Watts Gallery, Compton.

Sujo has contributed actively to the recovery of drawing language in art polemics and higher education through practice‐led research, exhibitions and publications including: Paul Mellon Research Fellow (1993‐4) and curator of Drawing on these Shores, A View of British Drawing and its Affinities (Bath and Brighton Festivals and tour); a founding member of Faculty at the Royal Drawing School (formerly, Prince’s Drawing School); convenor of the mind‐spirit‐body‐matter drawn to the human symposium at Kettle’s Yard, University of Cambridge. He has led numerous workshops since, most recently at the Royal Collections Trust and Wellcome Trust.

He has undertaken original research on the subject of the ‘Imagination in Internment’ in Central and Eastern Europe during WWII, culminating in a group of exhibitions and publications including: On the Track of Tyranny, Wiener Library, London (1983), Artists Witness the Shoah, Graves Art Gallery, Sheffield (1995) and Legacies of Silence: The Visual Arts and Holocaust Memory, Imperial War Museum, London (2001). He is a contributing author to Last Expressions: Art from Auschwitz (Northwestern University, Chicago 2002) and Griselda Pollock, Max Silvermann, eds., Concentrationary Memories (I. B. Tauris, London, 2012).

Sujo’s earliest artistic influences were shaped by the circle of in Latin American Modernists that included Alejandro Otero, Mercedes Pardo, Elsa Gramcko, Luisa Richter and Gego. Since his first solo exhibition in Britain, Histories at Arnolfini, Bristol, Institute of Contemporary Arts, London and Museum of Modern Art, Oxford in 1982, Sujo has continued to exhibit widely, most recently in A Cabinet of Drawings, University of Northumbria Art Gallery, Newcastle and Lines of Enquiry: thinking through drawing, Kettles Yard, University of Cambridge (2006). Anatomies, a suite of studies of the human skeleton and the écorché were shown in October 2014 at Eton College, in association with the Royal Collections Trust at Windsor, home to some of the greatest anatomical drawings by Leonardo. This followed on the success of Lifelines, Lewis Elton Gallery, University of Surrey in November 2013.