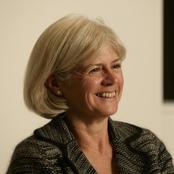 Helen Edwards is a Non-Executive Director at South London NHS Foundation Trust and Chair at Recovery Focus, a national partnership of charities operating nationwide to provide mental health and substance misuse. She is also a board member and trustee of Peabody Housing Trust and Social Finance.

Before her retirement from the civil service in July 2016, Helen was the Director General for Localism and Deputy Permanent Secretary at the Department for Communities and Local Government. She was responsible for local government finance and policy; fire, resilience and emergencies; neighbourhood empowerment; and integration and faith.

Helen was, until May 2013, the Director General of the Ministry of Justice’s Justice Policy Group, responsible for Policy development in the department. Between 2006 and 2008 she was Chief Executive of the National Offender Management Service.

Before that Helen was the Director-General of the Home Office's Communities Group from 2004, having joined the Home Office in 2002 as the Director of the Active Communities Directorate. Before joining the civil service Helen worked at Nacro, the national crime reduction charity where she spent the last five years as Chief Executive. She originally trained and worked as a social worker for East Sussex County Council and has also worked for Save the Children. While at Nacro she received a CBE for her services to offenders, and Helen was awarded the honour of Companion of the Order of the Bath for her contribution in the field of Justice and Offender Management in 2012.