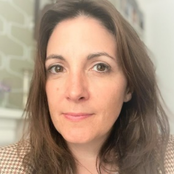 Helen was previously Director General for Housing and Planning (from 2016 to 2018), responsible for government policy on housing including £25 billion of investment, the Homes and Communities Agency, the Planning Inspectorate and the planning system. Before this, she was Director of the Economic and Domestic Secretariat in the Cabinet Office (from 2013 to 2016), responsible for coordinating government preparations for the 2015 General Election.

Helen worked in the Department of Culture, Media and Sport from 2002 to 2013, working on the Olympic bid and planning for the staging of the 2012 Games. She also worked as Principal Private Secretary to the Rt Hon Tessa Jowell and as Director for Media Policy, responsible for setting up the Leveson Inquiry and the subsequent cross-party response.

She spent the early part of her career working in the digital and creative industries after studying history at Clare College, Cambridge. In 2011 she was on Management Today’s list of 35 women leaders under 35 and the 50 women to watch working in the cultural sector. She was a trustee of Target Ovarian Cancer 2008 to 2013 and was a Governor of Goldsmiths College, London. She was appointed Companion of the Order of the Bath (CB) in 2021.