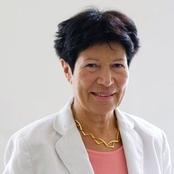 Helga Nowotny is President and a founding member of the ERC, the European Research Council. She is Professor emerita of Social Studies of Science, ETH Zurich. In 2007 she was elected ERC Vice President and in March 2010 succeeded Fotis Kafatos as President of the ERC. She holds a Ph.D. in Sociology from Columbia University, NY. and a doctorate in jurisprudence from the University of Vienna.

Her current host institution is the Vienna Science and Technology Fund (WWTF). Helga Nowotny is a member of the University Council of the Ludwig Maximilians University Munich and member of many other international Advisory Boards and selection committees. From 2005 – June 2011 she was Chair of the Scientific Advisory Board of the University of Vienna. She is a Foreign member of the Royal Swedish Academy of Sciences and long standing member the Academia Europaea and recipient of several prizes and awards.

Helga Nowotny has published more than 300 articles in scientific journals. Her latest book publications include Naked Genes, Reinventing the human in the molecular age, (with Giuseppe Testa), MIT Press, 2011, Insatiable Curiosity, Innovation in a Fragile Future, MIT Press, 2008, and Cultures of Technology and the Quest for Innovation (ed.), New York and London, 2006.