Chief of Strategy and Government Innovation at UAE Government 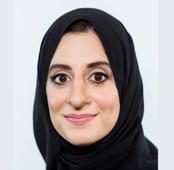 In her current position HE Huda AlHashimi is responsible for articulating the vision of the UAE leadership, setting an ambitious long term strategy and developing the government’s agenda for the present with the aim of maintaining the UAE in its leading global position. This role involves ensuring the development of the national agenda in order to guarantee delivery and alignment of the UAE vision and national agenda. In addition, she coordinates country level strategies, provides consultation for the government on strategy and innovation in order to address the challenges and opportunities of these two enablers. Locally and internationally she represents the government in areas related to strategy, policy making, innovation and enhancing focus on strategic thinking in both national and local government entities.

AlHashimi leads the setup and operation of Mohammed Bin Rashid Center for Government Innovation (MBRCGI), which was established to stimulate and enrich the culture of innovation within the government sector through developing an integrated innovation framework and supporting the activation of next generation government innovations.

Before assuming her current position, HE Huda was the Assistant Director General for Strategy and Innovation at the Prime Minister’s Office, the Ministry of Cabinet Affairs.

Previously, she was part of the founding team at the Executive Office, where she was involved in developing and launching key strategic projects such as Dubai International Financial Centre (DIFC) and Dubai HealthCare City (DHCC), among others. She also assumed the position of Director of Government Sector Development Department at Dubai Executive Council, where she supervised the government sector development programs.

Huda AlHashimi holds a BSC in Business Administration from the Higher Colleges of Technology, where she graduated with honors and received Sheikh Rashid Award for Scientific Excellence and was enrolled in the Mohammed bin Rashid Center for Leadership Development (MBRCLD) program